Have some food in mind? 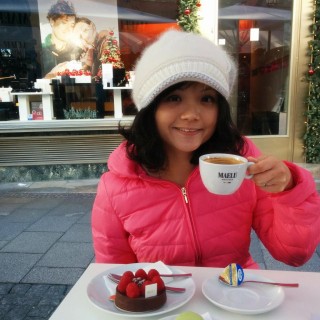 Hi, I'm Monica from Taiwan, currently live in Maryland USA. I love to experiment new recipes, try all kinds of foods, and mostly I love to explore the world and have a spectacular life.

Categories at a glance

I recently got a box of oxtail on sale. However, I have never maken oxtail before. It seems to be tough and takes a long time to cook. After I tried making this Oxtail Bourguignon with my pressure cooker, I found out it’s super easy and I just love the savory sauce.

END_OF_DOCUMENT_TOKEN_TO_BE_REPLACED

After trying so many Pho restaurants, I found the broth all tastes kind of similar and they definitely all have MSG or similar artificial flavor products in the soup. It starts bothering me after a while that they all taste similar because these broth noodle soups should taste slightly different between different recipes or restaurants such as Japanese ramen or beef noodle soups. Even when I made my own beef noodle soups, it would taste a little different each time based on the ingredients or ratio difference. The more I tried and thought about it, the more concerns I had for these Pho being “fake” soup.

Since then, I started to try making my own Pho broth. Before I bought the pressure cooker, I tried once to slow cook the broth on regular stove for more than 4 hours. However, I used beef neck bones and didn’t add any meat into the soup so the broth tasted a little bland. So for this time, I used beef leg bones which contains more fat and marrow plus the beef flank chunks. I cooked the stock in my pressure cooker for about 1.5 hour. It turns out really rich and flavorful. There will be lots of fat on top of the broth once you finished cooking. No worries, just scoop out the fat as much as you want. It would be much easier if you cool the broth in the fridge overnight and just pick up the solid fat the next day.

I love my pressure cooker!! It saves so much time and energy in the kitchen and so simple to use.
END_OF_DOCUMENT_TOKEN_TO_BE_REPLACED

Chinese New Year is around the corner!!!

Since I have memory, Chinese New Year is always one of my favorite festival in Taiwan. All the family reunions, so many good food and traditions, and of course, red envelopes and fireworks. I always remember weeks or even months before the CNY, mom would be super busy making all these traditional Chinese dishes such as Chinese meatballs, braised pork belly, and “eight precious rice puddings.” She would always make so many to share with families and friends. Also, the home made sweet red beans sticky rice cake and radish rice cake from my grandma is the best.

As this will be my very first year away from home after I got married, this time of the year makes me homesick the most. 😥

I tried to make a couple mama’s traditional CNY dishes from the taste of my memory. These delicious food makes me feel so much better. 🙂 END_OF_DOCUMENT_TOKEN_TO_BE_REPLACED

This is a super easy, no pressure for working moms, and quick recipe: the pressure cooker curry rice. All you need to do is prepare the materials, put them all in pressure cooker, and then wait for itself to be ready to serve!!! All together took me about just 30-40 mins. While waiting, you can even get a little rest or prepare fruit or dessert. Isn’t it amazing? END_OF_DOCUMENT_TOKEN_TO_BE_REPLACED

Originally I was looking at electrical pressure cookers since they seem to be multi-functional, safer, and have different timer settings. It seems to be a good choice for a pressure cooker beginner who has heard lots of rumors about pressure cooker explosion. END_OF_DOCUMENT_TOKEN_TO_BE_REPLACED